Between yesterday’s Quebec election (the outcome of which made me want to swallow arsenic) and it also being the first night of the Democratic Convention, I 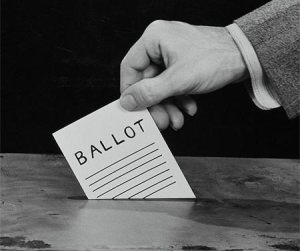 would have been far better off if I’d never turned my TV on last night.

In past years I would have been glued to CNN.  I’m a political junkie.  In ’08 I didn’t miss a debate.  I watched all the primaries.  Both conventions.  All the Town Hall meetings.  The endless, and repetitive, discussions and disagreements between the political pundits; and the equally endless high tech electoral maps.   And, then, I watched the inauguration, live, from a remote hill station in Southern India, on the one TV in the lodge, at 1:30 in the morning.  But this year, I’m so disgusted with the way both parties are running their campaigns I’ve tuned out.

Worse than the lies, though, worse than the licentious nature of the campaigns, is the fact that the real issues are being ignored.  Neither of the candidates is really talking about what’s wrong with the country and what they’d do to fix it.  And how.  They’re spending all their time, and money, dissing their opponent.  They’re pointing fingers all right, but not at the problems.  Not at the threats.  And definitely not at the solutions.

And here we are, inching closer and closer to election day in the U.S.  What’s a voter to do?

I’ve got to say, I’m not crazy about either of them.  I know that President Obama inherited a mess from Bush and his cohorts. I know that no one could have predicted  just how severe the financial crisis would turn out to be.  And I also know that from the moment he stepped across the threshold of the White House for that first time in January of ’09, he was doomed.  The Republicans have made it their mission get rid of him.  To make it as difficult for him to accomplish anything, as possible.

But forget about what the President has and hasn’t done for a minute.  What’s disappointed me, what would be weighing heavily on my mind if I lived in the U.S. and had a vote, what I haven’t yet seen is the strong ‘leader’ I saw during the campaign.  Barack Obama the leader:  Strong.  Visionary.  Decisive.  Bold.  Courageous.

As for Romney, who can trust a man who speaks out of both sides of his mouth at the same time?  In French there’s an expression — “a gauche, a droit”.  Literally it means “to the left, to the right”.  But what it’s saying is,”back and forth”.  Back and forth.  Back and forth.  And Mitt Romney flip flops more than a fish trying to wriggle off a line.  There is video footage of him doing it, for God sake.

Luckily I’m a Canadian and I don’t have to vote in this election, but if I did, I’d be wringing my hands.  Which is what I do up here every time we have an election, by the way.  The pickings are slim everywhere.  Can somebody tell me why there’s such a dearth of strong, smart, able, political leaders?  Here in Canada.  In the United States, and even abroad.  There’s no one to vote for, anywhere.

Sometimes I feel like all we’re really doing is voting for the lesser of two evils.  No wonder the world’s in such a mess.