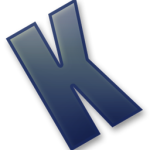 Okay, I admit it.  Here I sit, totally uninspired.  For the first time since I came up with this hair-brained idea of using

a different letter of the alphabet for each of my blog posts, every word I think of seems boring, boring, boring.  Unimaginative.  Predictable.  Plebeian.  Pedestrian.

So I did what I always do when I’m a bit stumped.  I turned to Google and searched for interesting words that start with the letter “K”.

Do you know what a katzenjammer is?  I certainly didn’t.  Well, folks, it’s a hangover.  Yep, it’s a German word, that dates back to 1849.  Katzenjammer.  The literal translation is ‘cat’s wail’; a loud, discordant noise (as in very loud banging in your head, that just won’t stop), a hangover, a state of depression or bewilderment.  As in, “where am I and how did I get here?”

I’m not a big drinker.  Never have been.  Sure, I’ll sometimes have wine with dinner and, occasionally, a cocktail, but months can go by and I don’t even think about having a drink.  Memory Lane time.  I was very young.  And stupid, as you’ll soon find out for yourselves.  Working at an ad agency (Young & Rubicam).  It was my second job.  One day the general manager asked if anyone knew anyone who worked at another one of the big agencies in town, Doyle Dane Bernbach.  He (our G.M.) had heard that one of their clients was unhappy.

As it happens, I did know someone there.  An art director, who had been one of my teachers at art college.  The boss told me to take him out for lunch, and to expense it.  I called and we made a date.

On the appointed day, Pierre (my former teacher) and I met for lunch.  Wisely, he was drinking campari and soda.  Because I was trying to appear sophisticated, I ordered a martini.  In those days, a martini came in a pitcher, so you got two martinis in each order.  As soon as we sat down, Pierre announced that he had no time for lunch.

After a few minutes of idle chit chat I moved in for the kill and began my interrogation.  I was really young and was not very good at it.  I’m sure Pierre was on to me before he’d downed his first drink.  All I know is, for someone who’d had no time for lunch, he found the time to order three rounds of drinks.

I held my own until we stood up to leave.  As the blood rushed from my head to my feet, my legs felt like they were made out of jello.  How I managed to walk out of that restaurant without falling flat on my face, I do not know.  When I hit the air, or when the air hit me, it was even worse.  I got back to work, but I have no idea how.

In those days I shared an office.  My office mate was at a meeting when I staggered back.  Thank God the G.M. was out of town.  When my ‘roomie’ got back she found me snoring.  My head was on my desk and my feet were in my waste basket.  She tried to wake me up, but I was down for the count.

Somehow, they got me into one of the big corner offices, where there was a couch.  A few hours later, when they came in to try to get me up and take me home, they found my false eyelashes stuck to the wall behind me.  Also on the wall were a bunch of four-letter words I’d scrawled on there in ballpoint pen.

Needless to say, I spent most of the night in the bathroom.  The next morning all I wanted was for someone to shoot me and put me out of my misery.  I was green, with red-rimmed, swollen eyes.  My tongue felt like it was three times the size it should have been.  The inside of my mouth felt like I had gargled with the contents of a sandbox.  To say I was parched was an understatement.

My head was light.  I was dizzy and very unsteady on my feet.  My stomach felt like I was on a roller coaster.  The noise in my head was so loud, I thought some heavy metal band was giving a concert in there.  And the pain.  Let’s not even go there.  I could have sworn there was a huge oil rig in my skull, digging for gushers.  Pounding does not do it justice.  I was chewing Aspirin like they were breath mints.

But I managed to get to work.  Barely.  A rep for a studio we worked with, took one look at me and said, “You need a bloody mary; and some greasy food to soak up the booze.”  I could barely manage a cup of coffee and a piece of toast.  He showed up at noon and took me to a bar, where he ordered me the bloody mary and a cheeseburger with fries.  And stayed with me, to make sure I finished it all.  It took a long, long time.  But I did it.

He was right.  Within an hour or so I did start to feel marginally better.  Not fabulous, but better.  In the end it took three days to get all that alcohol totally out of my system.  And it took more than twenty years for me to have another martini.  A Cosmopolitan.

That was the first and last time I ever had too much to drink.  It was a long time before I had a drink at all.  Period.  I also decided that I was probably not really cut out to play Mata Hari, so I don’t indulge in espionage any more.  Ironically enough, though, now I can’t get people to stop spilling their guts.  All they have to do is see me, and the flood gates open.

No booze involved.  No kidding.