I so enjoy reading the blogs on WordPress.  They don’t just inspire ‘me’, they often inspire an idea.  Just like Tony’s post on his blog, Finding Subjects, 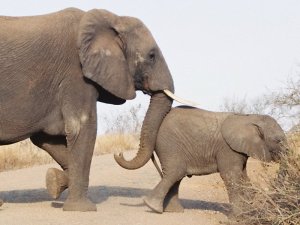 did yesterday.  He wrote about a turtle he saw on a walk.

It was far from water, and all holed up in its shell.  He wondered if the turtle needed help, and debated whether or not to intervene.  He talked to it (didn’t mention what he said in his post) and it must have been exactly the encouragement the turtle needed, because it stuck its neck out and walked away.

A lovely story, don’t you think?

Got me thinking about all the times I’ve needed a gentle prod.  A thumbs-up.  A nudge.  A kick in the pants.

There are times even the strongest, most determined, most confident, most ‘together’ of us, are uncertain.  Or insecure.  Not quite committed enough.  In an I’ll-get-around-to-it-later mood.  Or just not sure we should or could or would.

If you’re lucky, like I am, you’ve got someone (or lots of someones) in your life, ready to spring into action and help.  To listen.  Talk you through it.  Make suggestions.  Offer help.  Set you straight.  Play devil’s advocate.  Be the voice of reason.  Just push you.

My first house had a boring front garden.  Out with a friend one day, I said I was thinking of fixing it up.  The next thing I knew, she was at my front door with two huge shovels and everything else we’d need to dig it all up.  Of course, once we’d finished, I had no choice but to go buy flowers and plants.  If she hadn’t taken the bull by the horns, I know I’d never have done it.  I was so inspired, I re-did the little back garden and planted dozens of pots and window boxes.  All my neighbours then got in on the action; and ours was the most beautiful street in the area.

When I mentioned to a colleague I was thinking of taking up pilates, she was on the Internet in a nano second.  She then handed me a list of five or six studios in the neighbourhood, for consideration.  She knew I’d love it.  She knew it would be good for me.  And she knew I’d probably procrastinate.  So she made sure I had no excuses.  It worked.

Several jobs ago I found myself suffering from the blahs.  The novelty had worn off.  It was no longer challenging.  It had become routine.  Dull.  For a long time I kept it all bottled up.  When I couldn’t stand it anymore I asked my closest friend to meet me for lunch.  It took her a while to pry it out of me, but eventually I admitted how I was feeling.  We reviewed all my options, some of which I really hadn’t considered before talking to her.

Eventually the conversation turned to the idea of me freelancing, instead of working full time.  She felt, rightly so, it would give me the variety and freedom I was craving.  Back then the thought of giving up the security of a job made me a bit twitchy.  She made me confront all my concerns.  We discussed all the pros and cons.  In the end, I admitted as appealing as it was, I wasn’t ready to take the leap.  At least not then.  The steady pay cheque  was a security blanket I still needed.

But she helped me understand the job I had was where I belonged, for the time being.  I had to ‘renew my vows’, in other words.  And give it my all.  Which I did for several more years, until an offer I couldn’t refuse came along.  And we both agreed one day, when ‘all the stars were aligned’, and the timing was ‘right’, I’d set up shop at home.

Four years ago turned out to be the perfect time for me to strike out on my own.  To freelance.  I woke up one day, knowing exactly what I wanted to do.  And did it.  Thanks in large part to that three-hour lunch with my very wise friend.

And that wasn’t the only time she gave me the encouragement I needed.

For years I’ve wanted to write a book.  I felt there was one in me.  I just couldn’t settle on what to write.  I’d try an idea and a few paragraphs in, I’d give up on it.  There were crumpled up pieces of paper everywhere.  I took book writing classes.  Same outcome.  Finally I decided to give it a rest.  Fast forward several years.  I woke up one morning and, out of the blue, I knew what I was going to write about.  This, after years of not even thinking about it.

Instead of telling anyone, I kept it to myself.  Wrote the idea down, along with what had inspired it, and tucked it away.  Because the timing wasn’t right.

About a year later, my mother died.  I took her back to Montreal so she could be buried with my father.  The same friend who talked me off the freelance ledge (my oldest, closest, dearest friend) came with me.  As the train pulled out of the station,  I turned to her and said:  “I’m going to write a book about my mother.”  And I started to tell her what the premise would be.

She smiled.  And without saying a word she reached into her bag and pulled out a note pad and a pen, which she handed to me.  It was all I needed.  That one ‘action’ reassured me.  It said more than words could ever have said:

And, like the turtle in Tony’s story, I stuck my neck out.  Only difference is, instead of walking away I moved from wanting to write a book, to writing one.