I watched Tom Brokaw, the American broadcast journalist, on the OWN Network the other night.  Among the many things he discussed, he talked about how he 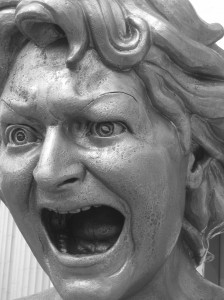 always knew journalism was his true calling.  How, as a young boy, watching the news with his family in South Dakota, he was transfixed.  And even then, he knew it was what he wanted to do.

Clearly he was right, because he is one of the most respected newsmen of our time.  Certainly one of my favourites, along with Walter Cronkite, Chet Huntley and David Brinkley.

God, now I am dating myself.  I’ll bet there are a lot of you out there, who don’t know who I’m talking about.  Well, there it is. Would it help if I told you, I was a mere child when they were on the air?  It’s true, you know.

Not that it really matters.  I’m glad I had the chance to see them in action.  I can’t think of anyone I’d stack up against them, now.

But that’s not the point of this story.  Destiny is.

You could say it was Tom Brokaw’s destiny to end up not merely reporting the news, but making sense of it, for almost fifty END_OF_DOCUMENT_TOKEN_TO_BE_REPLACED