Much as I love photography, and taking photos, I am here (at WordPress) to write. So I don’t often read the Weekly Photo Challenge on The Daily Post. But I did 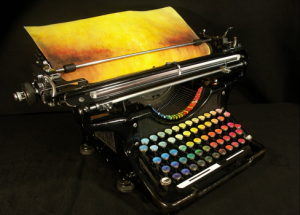 yesterday. The challenge was to capture a day in your life in photos.

One of the suggestions was to shoot once an hour, in order to give readers a real sense of how you spent your time. It was also suggested you include captions.

The author of the post went through the exercise, herself. And although this would probably be considered blasphemy coming from a writer, the photos told the story in a much more arresting, compelling and interesting way than words might have.

In truth, Sara had an ordinary day. But somehow, it seemed less so, simply by virtue of having been captured visually. It was dramatic, as opposed to a bunch of entries on a daily calendar. Or even a recitation of activities, starting with getting out of bed and ending with getting back into bed.