Want to know how powerful the spirit of collaboration can be?  Look no further than Boston, this past week.  Everyone co-operated.  Everyone was on the same page. 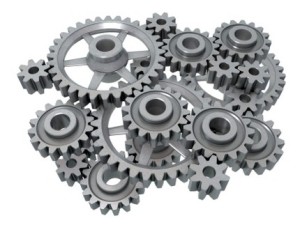 They worked as a team.

From the Governor to the Mayor.  From the local police to the FBI.  From the swat teams, to the military, to the bomb squads, to the Bureau of Alcohol, Tobacco Firearms and Explosives.  From the emergency workers to the medical personnel to the fire fighters.  From the runners to the residents to the business owners.

Bringing the suspects to justice was priority number one.  So was capturing them alive.  As was getting the job done without losing any more civilian life.  Without losing law enforcers’ lives.  Even if it meant taking their time.  Even if it meant having the press and members of the public down their throats, impatient for quick results.

No lone wolves.  No one going rogue.

Marshalling all that manpower, all that expertise, all that experience, all those different skills, all that equipment  had to be an undertaking of mammoth proportions.  But they made it look easy.  And seamless.  And the results speak for themselves.

They even spoke as one at the few press conferences they allowed.  There was one message.  One story.  No matter who was doing the talking.  No one spoke out of turn.

Unfortunately we don’t live in a world where we see this very often, any more.  We’re certainly not seeing it in Washington.  Or in Toronto, for that matter.  What’s good for the greater good isn’t on the agenda, it seems.  Instead of pulling together, we work against each other.  At cross purposes.  And accomplish nothing.  In fact, we make everything worse.

You don’t just witness this in politics or during disasters, terrorist attacks and other tragedies.  You see it closer to home, as well.  In our personal and professional lives.  I’ve worked in companies where dissension and resentment and jealousy and differences of opinion have gotten in the way.  Where management can’t agree.  Won’t agree, actually.  Where personal ambition takes priority over corporate vision.  Where pig-headedness makes productivity impossible.  Where, given the circumstances, success is impossible.

We saw co-operation at its best in Boston.  Let’s hope it’s a lesson the whole world takes to heart.