I think a lot of people associate the notion of “morals” with sex.  Maybe not so much anymore, but there was a time.  And not just in the Victorian era, either.  Life 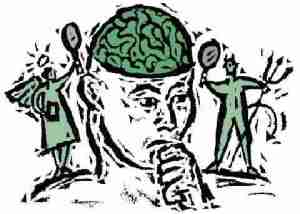 sure is different these days.

Lindsay Lohan declines to wear underwear; and for some reason, we have to know about it.  Everyone from Rob Lowe to Kim Kardashian has gotten their thrills by sharing their sex tapes with us (ugh!!!).  Presidents have screwed around publicly.  Prime Ministers have had sex with underage prostitutes.  And right in our own backyards teachers are having sex with students, and on and on it goes.

Looks to me like our moral fibre is unravelling pretty rapidly.  We’re on a downward spiral.

But, of course, morality isn’t confined to sex.  It comes into play with just about every decision we make.  Or don’t make, as the case may be.  It’s got to do with our standards.  Our conscience.  Our ability to differentiate between ‘right’ and ‘wrong’.  ‘Good’ and ‘bad’.  It’s how we treat others, how we conduct ourselves in business, our ethics.  Integrity.  Honesty.  Honour.  What we stand for.  What we believe in.

More areas where we could use some help.  And here I’m thinking of the likes of Bernie Madoff, Paula Dean, David Petraeus, Rupert Murdoch etc. etc. etc.

In yesterday’s WordPress Daily Prompt, Michelle asked these questions:  “Where do your morals come from — your family?  Your faith?  Your philosophical world view?  How do you deal with those who don’t share them, or derive them from a different source?”

So where do they come from?  Okay.  I’ll go first.

It started with my parents, obviously.  They instilled their values in me.  Not by beating it into me with a stick.  Yes, of course it was a subject we discussed.  But mostly, I learned from how they lived.  From the decisions they made.  From how they behaved.  They showed me, in other words.  And of course, whenever I had questions they always had answers.  They were my role models.  And damn good ones they were.

My parents discriminated against no one.  They treated everyone fairly, and with respect.  An individual’s religion, race, creed or financial status meant nothing to them.  They cared only about what kind of human being they were.  My parents were principled.  When my father gave you his word, on anything, it was as binding as the most complex legal agreement.  My parents, and theirs before them, put in an honest day’s work.  They never cheated or lied.  They were generous, kind and charitable.  They gave back.  My mother volunteered.  While they were not conventionally ‘religious’, they did worship at the alter of “do unto others”.

They gave me my moral ‘foundation’.  A good and solid place to start.  The rest was, and is, up to me.

They also taught me to listen to my better judgement.  That while everyone is always entitled to their own opinions, I shouldn’t succumb to pressure.  I shouldn’t feel forced to do things, or say things, or act in ways that felt wrong to me.  That made me uncomfortable.  That I didn’t agree with.

Lucky, lucky me.  I had great teachers.  Wonderful guides.

What about you?  Who gave you, your moral compass?