To some degree I think we all fall into patterns.  You know, keep doing the same thing, the same way, day after day, week after 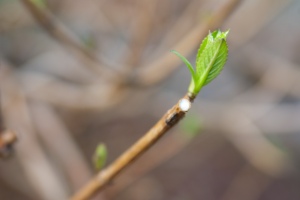 week, month after month, even year after year.  I don’t think we’re always even aware of it.  It just becomes part of who we are.  Part of our routine.

For example, I do the same thing every morning.  I take my shower first, then wash my face and then brush my teeth.  I’ve been performing these tasks, in this order, for as long as I can remember.  I feed my cats first, then I have breakfast.  Then I clean out their litter boxes.  One, two, three.

When I smoked, many moons ago, I had to light up the minute my phone rang.  I could not seem to have a telephone conversation without a cigarette burning between my fingers.  Even if I’d just put one out seconds before.

What’s made me think of this?  2015 is literally around the corner, a mere day away — which, by the way, I cannot believe.  It was just New Years 2014.  But the ever-quickening passage of time is a whole other story, for a whole other blog post, on a whole other day.

Today, I’m thinking about New Years Resolutions.  We all make ’em.  We’ve all been making them for years, too.  Come on, admit it.  Like I said, “creatures of habit.”

Some of us start thinking about them weeks or even months in advance.  Some sit down a day or two ahead.  Some only start to put their list together on the day — December 31.  It matters not.  We do it — and that’s what counts.

I’ll bet we all go through the same process, too.  We start by reviewing the past year and how we did vis-a-vis the goals we set for ourselves.  A little reflection.  A little recrimination.  And then on to the task at hand:  What we want to accomplish in the coming year.  Sort of like a budget.

Ahhhhhh!  Uhhhhhh!  Uhmmmmmm!  But not this year.  At least not for me.

I, Fransi Weinstein, do solemnly swear.

I, Fransi Weinstein, am turning over a new leaf.

Yes, indeedy, my friends.  As far as New Years Resolutions are concerned, I’m kicking the habit.

What’s the point?  Tell me, do you ever actually follow through and accomplish anything on your list?  Thought so.  I rest my case.  It’s just a waste of time and effort and then, at the end of the year when you look back it’s a total downer as you sit there, ticking the ‘no’ box at the end of every bloomin’ line.

Makes you feel like a loser.  A slacker.  A ne’er do well.  A lazy bum.  And you know something?  It’s really not our fault.  Have you ever been able to make something happen?  You know, force it.  Through sheer will.  Well I haven’t.  At least not successfully.

When it comes to my life, if something’s meant to be, it happens.  If it’s not meant to be I could go to hell and back and it wouldn’t help.  For me it’s also all about timing.  Just because I may be ready for a new project, or a new man, or a windfall of unexpected cash, or for those shoes I covet to go on sale or for a great idea to pop into my head, or for my dream house to suddenly go on the market, or to lose ten pounds (although gaining them never seems to be a problem)  — it doesn’t mean the Universe is ready to unfold exactly as I’d like.

So why set myself up to fail?

Throw the paper and pen away.  Don’t over-think it.  Ambition is fine.  Having dreams is fine.  Setting goals is fine.  Just be spontaneous about it.  Let nature take it’s course.  “Let it be”, as the Beatles said.  Que sera, sera.  Whatever.

“The secret for success in life is for a man to be ready for his opportunity when it comes.”  Benjamin Disraeli

Do yourselves a favour and forget the resolutions this year.  Give it a try, what have you got to lose?  Instead, come December 31, celebrate your victories, acknowledge your mistakes, promise yourself you won’t repeat them and, if you must write something down, list everything — and everyone — you’re grateful for.

And one last thing …

As the clock strikes midnight in your part of the world, think good thoughts.  Stride into 2015 with confidence, hope and love in your heart — for yourself, your family, friends, colleagues, neighbours and for all those around the world who could use a hug.

8 thoughts on “A creature of habit no more …”