For as long as I’ve known myself I’ve been a proponent of privacy, mine and everyone else’s.  So much so, naive as this may 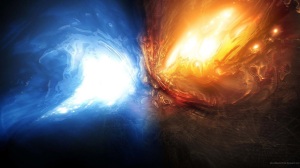 sound, I believe it’s an inalienable right.  Clearly neither the press or politicians agree with me because God knows nothing seems to be sacred any more.  Nothing.

Whether you’re famous or not your life, and any secrets you may have, or mistakes you may have made are up for grabs.  Doesn’t matter if it’s a jealous co-worker or vicious ex telling tales out of school, Presidential candidates trying to smear each other into losing elections or TMZ reporters and ordinary citizens with cell phone cameras stalking celebrities looking for dirt.

Except, it seems, when the information being withheld is critically important.  A matter of life and death, even.   And then, mum’s the word.

Case in point:  Andreas Lubitz, the German pilot who purposely crashed the plane he was flying, killing all 149 people on board.   He suffered from depression.  Severe depression.  So severe, several doctors said he was unfit to work.  So severe he was suicidal.  And, if we’re to believe what the CEO of Lufthansa, his employer, has said, they knew nothing about it.

Because it seems his right to privacy was more important then all those unfortunate and innocent passengers’ right to life.

See why I’m conflicted?  Why I feel like my brain’s been sawed in half and both sides are challenging each other to a duel.

On the one hand I believe, very strongly, that all matters relating to our personal lives are our own business.  On the other I believe, just as strongly, that when we are literally entrusting our lives to people we don’t know, we have the right to expect they are physically, mentally, intellectually and emotionally up to the job.  That they are pilots or firefighters or marines or doctors who have passed all the rigorous tests with flying colours, attested to by a team of highly qualified physicians who are legally obliged to report the truth, to the appropriate persons in charge.  Otherwise they would not be there.

If I’ve offended anyone, please accept my apologies.  It is not my intention to stigmatize or discriminate, or to be mean or cruel. But that said, I don’t want a surgeon who suffers from Parkinson’s operating on me; and neither do I want a suicidal pilot flying a plane I’m on.  Even if it means they lose their right to privacy, when it comes to matters of their health, and my safety.  When our safety, and our very lives are at stake, I’m coming out on the side of thinking we need a different set of rules.

As for any extramarital affairs they might have had, their sexual preferences, their religious beliefs, how much money they earn, where they like to vacation, where they were born, whether or not they’re vegans, whether they wear boxers or briefs or what their golf handicap really is, I couldn’t care less.  It’s none of my business or anyone else’s.

We are all going to die.  It’s the one and only guarantee life gives us.  I’d just like to make sure it’s not before my time.

4 thoughts on “At odds with myself …”