It seems that everywhere I turn someone is complaining about lousy service.  God knows I’ve had more 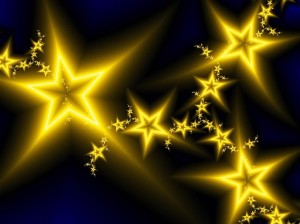 than my fair share of it myself.  Well I’m here today to tell you it’s not all bad.  There is a flip side to that coin and here it is:

In the last several weeks I found myself running into a few difficulties with WordPress, mostly due to my own limitations.

Once it had to do with trouble I was having publishing my blog on Facebook.  From time to time we have to ‘refresh’ our connections with our social media and this time some glitch prevented me from doing it.  Once it had to do with clarification I was looking for regarding a theme a client of mine was interested in using.  And the last time it had to do with somewhat misleading
instructions that ended up causing me major grief with my blog theme.

The first time I just posted a question in “support”.  I was contacted quickly, my ‘happiness engineer’ (their term for customer service rep) couldn’t have been nicer or more helpful and everything was resolved in no time at all.  The other two times I ended up ‘live chatting’ with two different happiness engineers.  Literally the instant I posted my questions, there they were. I honestly don’t think I waited even 20 seconds.

My queries regarding the theme my client liked weren’t all that difficult, I just couldn’t find the information myself.  It may very well have been there, but too technical for me.  All I know is, within mere minutes I had everything I needed and even more — because my happiness engineer went above and beyond and took the time to send me links to websites where people had used the theme in different ways.

Last week the situation was definitely more complicated.  As I said, the instructions weren’t as clear as they might have been.  I thought I was ‘trying’ a different theme on my blog and, in fact, I was ‘activating’ it.

Again, I was shopping around for a theme for a client and I just wanted to see how it looked with real content.  I’ve done it in years past so I assumed it was still possible.  And there was an option that said “I’ve changed my mind, change it back” so I assumed it was safe to do.  That’s the part that was a bit misleading.  Because I’d activated it there was no going back.  I was stuck with it.

I couldn’t remember the name of my theme (it’s been four years since I set this blog up.)  Thankfully it turned out the happiness engineer who helped me was able to look that up.

Like I said this time it was complicated.  But he couldn’t help me until he understood what I’d done; and that took several rounds of questions, him going through all the steps I’d gone through, him sending me screen shots and him also talking to some of their engineers.  He has a lot of patience, let me tell you.

Once he figured it out, and gave me the bad news that I had, in fact, changed themes, he could have sent me on my way.  But he didn’t do that.  He insisted on switching my blog over to the original theme, warning me that I might have to update some stuff once that was done — but assuring me he’d help.

Luckily it was mostly intact.  The only updating required had to do with the widgets in the sidebar.  Again, he waited while I did most of it, coaching me through it and, when he had to leave (more than an hour and a half later) he asked me if I was okay to continue on my own or did I want him to hand me over to another happiness engineer.  Really it was simple and I was fine to go it alone, which is what I told him.

As if that wasn’t enough, to make up for the inconvenience, he gave me some credits to use in the future. He’s the one who deserves the credits!

So many people don’t care.  They collect a paycheck, do as little as possible and tick off the hours until they can go home.  So many companies don’t care.  They don’t have enough staff, they don’t properly train or supervise the staff they have and generally they put customers last, rather than first.

But here, on WordPress, I’ve had exactly the opposite experience three times in a row.  And, now that I think about it, I’ve been blogging here for seven or eight years.  Surprisingly, given my limited tech skills, I haven’t needed help often during that time but any time I have, the experience has always been amazing — just like these.

Just one more thing to say: