We’ve been losing our civility for years. Kids, and I mean seven and eight year olds, talk back to their 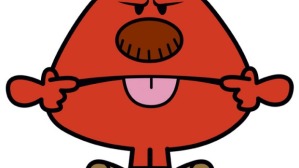 parents. They’re rude to teachers. You don’t hear “please” or “thank you” coming out of anyone’s mouth very often, regardless of age. We’re dismissive of other people and other points of view. We say, and do, mean things.

We stopped ‘dressing for the occasion’ a long time ago. When I was a child and even in my teens and 20’s no one would ever have thought of going to a concert hall, opera house or even dinner in a ‘nice’ restaurant in sweats or shorts or jeans and a tee shirt, but it’s a common sight nowadays. And I’m sorry, I know this is going to make me sound like a cranky old crone, but it’s a sign of disrespect which is, in fact, another form of bad manners. I like being comfy too, but there is a time and place for everything.

Speaking of which, when it was announced that Supreme Court Judge Antonin Scalia passed away President Obama, who was in California at the time, held a press conference. Obviously it was hastily called and he was rather casually dressed. A shirt, unbuttoned at the neck with a sports jacket and pants. Interestingly, Van Jones, a CNN political commentator happened to be on the air at the time and he commented about the President, “Why wasn’t he wearing a tie? I wish he’d been wearing a tie.”

Which brings me to the main reason I’m writing this particular blog post. The Republican Primary was held this past weekend in South Carolina. I don’t like Ted Cruz. I don’t like anything about him. But I have to give him some credit because the first words out of his mouth when he spoke to his supporters, after the results were in, were an acknowledgement of Jeb Bush, who had just announced that he was abandoning his campaign. It was a classy thing to do. It was the right thing to do.

Marco Rubio did the same thing. Even more significant in his case because he’d worked for Jeb Bush; and it was quite a surprise when he decided to run against his boss. He spoke at length about him, very graciously.

Donald Trump, on the other hand, said nothing. Glossed right over it and talked only about himself and his ‘greatness’. It was no oversight. His feelings for Bush (and himself) are well known. But still, you’d think an adult, and one running for the highest office in the land, would be able to put feelings aside and muster up whatever it took to be polite.

God knows if he becomes President, which looks more and more like a possibility every day, he will have to deal with more people he doesn’t like, than those he does. Is this how he’ll deal with them? By being rude and acting like an ill-behaved, out-of-control, spiteful adolescent? Good luck with that, people.

But this isn’t a story about politics. It is about manners. And if Donald J. Trump becomes President this is the example he’ll be setting for future generations, everywhere.

12 thoughts on “This is about manners, not politics …”