It was Christmas time. My mother was in Toronto, visiting me. She was only 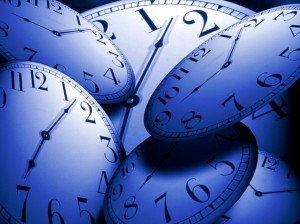 here a day or two when the call came. My grandmother had pneumonia, bacterial, and the prognosis wasn’t good.

My mother and I left for Montreal immediately, going directly to the nursing home when we arrived.

At some point I realized that unconsciously, I’d adjusted my breathing pattern to hers. We were breathing in unison, at least until the pauses between her breaths got longer and longer.

That’s what we did. We listened. And we watched.

Silently we watched. We watched her chest rise and fall with each shallow breath. We watched each slower than slow drip from the IV and morphine bags. No antibiotics. What was the point?

The death watch. It’s a horrible thing. But that’s what it is. You’re sitting in a darkened room, waiting for someone you love to die. You know she’s going to die. There’s no changing the outcome. There will be no miraculous recovery.

What you don’t know is exactly when. Just that it will be soon. And so you sit and you wait. You’re afraid to leave, even for a minute, to grab a cup of coffee. In some ways it’s ghoulish, but really it isn’t, it’s loving. But still, it’s strange and somewhat uncomfortable. And sad. I was sad, but I couldn’t cry. None of us did, at least not then.

My grandmother had no idea we were there. She wasn’t in a coma, but her eyes were closed and she was in a drug-induced sleep.

She had dementia, she probably wouldn’t have known who we were even if she’d been awake. Although my mother told me all the time how she always smiled when they came into her room, that she was always happy to see them. And the one thing she’d repeat over and over and over again was “I love you.”

Beautiful, all things considered. Because if this cruel disease was going to rob her of, among other things, her ability to communicate, it’s a blessing that those were the words, and hopefully the feelings of love, she was left with.

They assured us she wasn’t in any pain. We sat there, saying nothing, each of us thinking our own thoughts, re-living our own memories, imagining the future without her, not that she’d been present in the full sense of the word for years. But still, she would be gone, truly and for good.

My grandmother was a fabulous woman, strong, stoic, a true matriarch. One of nine children, the eldest girl, the one everyone always turned to in times of trouble and, also, in times of joy.

Whatever it was you needed. A shoulder to cry on, advice, encouragement, money, a meal, a laugh, a swift kick in the ass, a hug, she was there.

A couple of days passed. Her breaths became more and more shallow but she never seemed uncomfortable. She slept peacefully. And we stayed with her. Who knows, maybe she knew we were there, felt our presence, felt our love. I hope she did, I like to think she did.

On the third day, around 4:00 p.m. one of my aunts, my mother’s younger sister, urged the rest of us to go home and get some rest. She promised she’d stay and call with any news.

At first we resisted, but she was right. My mother was diabetic and needed a decent meal, she hadn’t been eating properly at all, grabbing a sandwich in the cafeteria here, a chocolate bar or a bag of chips there.

It was late when the phone rang. My grandmother was alive, but barely. We left immediately and drove very quickly, too quickly, definitely exceeding the speed limit but still, we were minutes too late. My aunt had pulled one of the chairs right up to the bed and she was holding my grandmother’s hand. It was an immensely comforting sight.

My mother and my aunts cried. I still couldn’t.

Human reactions are a strange and interesting thing. My most vivid memory of that moment is how eerily quiet and still it was on the floor where my grandmother had spent the final years of her life. How quiet and still the whole building was, for that matter. Almost like all life had ended when hers ended.

No activity what so ever. Other than the security guard there was absolutely no one in the lobby. The parking lot only had a few cars, obviously those belonging to night shift staff.

Patients were asleep and the nursing staff were sitting quietly in the nursing station, catching up on paperwork. Nobody said a word. They didn’t even look up when we got out of the elevator and walked toward my grandmother’s room. The lights were all dimmed. The silence was overwhelming. That’s what I remember.

As life would have it, I’ve found myself in sleeping hospitals two more times. There long after visitors have gone home, once all the patients were asleep for the night.

When my cousin died and again when my mother died. It’s strange, creepy even. Lifeless. It feels unnatural, like the scene before you has been frozen, almost like everything’s in a state of suspended animation. And the silence is so exaggerated it’s loud, if that makes any sense at all. It’s so quiet the sound of sobbing literally bounces off the walls, reverberating around the room.