To be honest, I don’t quite know how to describe this last week and, more specifically, last weekend. 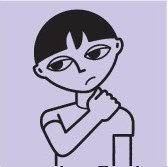 On Friday I spent the better part of three hours watching the memorial service for Muhammad Ali. Never will I forget the sight of that flower- bedecked stage, filled with religious leaders, representing so many faiths, sitting side by side.

Jewish, Mormon, Muslim, Baptist, you name it they were there, in peace and love, to remember and honour, to share thoughts and memories, to pay tribute to the greatest athlete the world has ever known, to pay tribute to the man and all that he stood for. To remind us of what greatness truly is, to teach us and to inspire us to respect and embrace the differences between us. To inspire us to find common ground, to choose good over evil. To stand up for what we believe.

They were joined by both the famous and those we’d never heard of before, but will now never forget. All specially invited to be there, to deliver their eulogies, to celebrate the life of this incredible human being. So touching, so personal, so heartfelt, so powerful. So true. Each and every one of them delivering a message the world so desperately needs to hear right now. Not their message, Ali’s message, the one he left us.

Then there were the 90th birthday celebrations for Queen Elizabeth. Yes, I watched that too. And a magnificent display of pomp, ceremony, tradition and devotion it was. The flags lining both sides of The Mall, the processions, the flypast, the thousands upon thousands there to share in the moment, as devoted to her as she has been to them for more than 60 years.

There to say thanks to a woman who, while in her early 20s and newly married, was thrust into a role she may not otherwise have chosen for herself, given the chance to choose. But one she has handled selflessly, with grace and dignity.

And then, by contrast, there’s Donald Trump, who’s never done anything for anyone other than himself, who claims he wants to “make America great again.” How? By lying? Cheating? Bragging? Bullying? Threatening? Maligning? Hating? By being bad-tempered and foul-mouthed? By setting the worst possible example? By showing the world, over and over again, how dishonourable he is, how disrespectful he is and what an absolute disgrace he is?

Muhammad Ali, Queen Elizabeth and Donald Trump. At the same moment in time. It’s enough to give you whiplash.

8 thoughts on “Talk about extremes …”