I’m not one who’s ever obsessed over age. It really has just been a number to me. 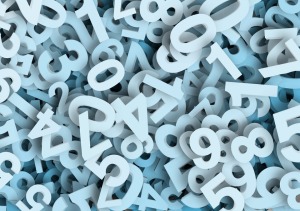 Growing up and into my 20s, I spent a lot of time with my mother’s friends, who never treated me like a kid; and, as a result, I always felt like they were my friends, too.

In my youth I was attracted to older men and a lot of the guys I dated were at least 10 years older than I was. One was actually not much younger than my mother, yes, scandalous I know.

For the most part, I’m still not really conscious of how old I am. I know “the number,” but it means nothing to me — at least most of the time.

Sure, when my back goes out or my shoulder hurts I feel old and decrepit. When I see job postings for senior positions on LinkedIn that are asking for candidates with five or six years experience or I have a client who’s way younger than most of my friends’ children, I do feel past my prime. But thankfully these momentary slumps don’t last very long. The key is not to let them get to you.

Which brings me to a short video of some fabulously inspiring photos of older women, out and about in all their finery, that I saw on Facebook last week. The shots are from two books by Ari Seth Cohen who, incidentally also has a blog on the same subject: Advanced Style and  Advanced Style: Older & Wiser.

Unfortunately I can’t share the video here, I did try. But you can see it on my Facebook timeline.

The point isn’t whether or not you’d ever wear the clothes those women are wearing. The point is … they are.

The point is, they are not defined by their age, nor does their age stop them from being their own authentic selves, from having fun and from living life to the fullest.

The point is, they neither seek nor need anyone’s approval.

The point is, each and every one of these women is forever young in her soul, in her spirit, in her heart, in her mind and in her attitude.

There was a time, more than a few years ago, when I would have said about these women, “that’s who I want to be when I grow up.” Well, I am grown up, I am “those women” and I’m embracing my age and everything good that comes with it. Getting older doesn’t have to mean you’re old.