How can more than 100 people working in the White House be there without security clearance? 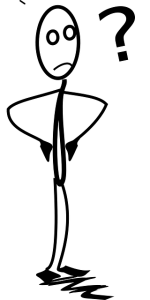 How can Donald Trump be president with all his conflicts of interest, never mind all the other issues? Seriously, how?

How is it okay that Jared Kushner met, in the White House, with one of the founders of Apollo Global Management and Citigroup’s chief executive, and then both companies gave a combined $500 million in loans to his family’s companies? Seriously, how?

How is it okay that Jared Kushner backed a blockade of Qatar just weeks after their minister of finance turned his family down when they tried to get him to invest in one of their properties? Seriously, how?

How is it okay that Ivanka Trump is still in the White House even though a U.S. counterintelligence unit is investigating the negotiations and financing of one of her international business deals, not to mention the fact that she doesn’t yet have security clearance either? Seriously, how?

How is it okay that Carl Icahn, a long time Trump friend and former advisor, sold $31 million of stock in a company heavily dependent on steel just over a week before Trump announced a new tariff on steel imports? Seriously, how?

Does anyone really think these are just coincidences? Really??!!!!!?

It’s tempting to ask if the Trumps, their partners in crime and the GOP think we’re all stupid. But of course, that’s a really stupid question, because clearly they do — and clearly we are. Because they’re getting away with it!

No one in a position of any authority is doing one thing to stop them. Nothing. Nada. No one.

The whole sorry lot of them. #godirectlytojail

The raping and pillaging of America has to stop.

34 thoughts on “Can someone please explain?”