Liars drive me insane.  I have zero tolerance.  Years ago there was a guy I was crazy in love with.  He lied to me.  That was it.  I was gone.  Forever more.  So you

know I am just going out of my mind over our infamous mayor, Rob Ford.

He tells so many lies it’s a wonder his nose isn’t 10-feet long.  In fact, I don’t think he’s ever told the truth, about anything, in his entire life.  He claims he’s saved the city of Toronto 1 billion dollars.  It is a bald-faced lie.

He swore he never used crack until our police chief said he’d seen the video of him smoking it.  When, red-faced, he had to admit he’d “tried it”.  He insists he doesn’t know who he was talking about in a video where he was seen, and heard, threatening to kill someone.  Excuse me!

He says, over and over and over again, he doesn’t have a drinking problem yet there are videos surfacing constantly in which he’s loaded.  He’s been asked to leave sporting events and official city END_OF_DOCUMENT_TOKEN_TO_BE_REPLACED

Yes, yes, I know.  I recently ranted about award shows.  Said I most certainly wouldn’t be watching last Sunday night’s Oscar telecast.  And, at the time, I meant it. 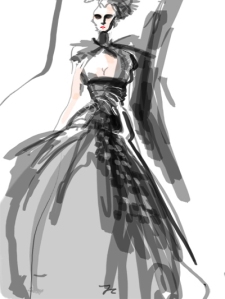 Guess I’m trying to find a way to tell you I have no resolve.  Because  I caved.  I watched the Red Carpet.  Okay, I’m weak.  What can I say?

Truth be told, I also watched the show on and off, as well.  But I’m only going to talk about the clothes.  Except for these three comments:

Back to the clothes.  Personally, I was disappointed.  As I have been, throughout the award season.

Are you as sick of award shows as I am?  I don’t know about you, but I feel like they’ve been going on forever.  But after this coming Sunday night’s broadcast of the

Academy Awards, I think we’ll be done.  Thank The Lord!

I am bored with the vanity.  And the egos.  And the name-dropping.  And the ass-kissing.  And that’s just among the on-air personalities.

Really, I don’t care which designer dressed which star.  I don’t care how many millions of dollars worth of END_OF_DOCUMENT_TOKEN_TO_BE_REPLACED

Guess what.  It’s that time of year again.  The People’s Choice Awards just took place last Wednesday night.  The Golden Globes are tonight.  Both the Oscar and

Grammy nominations have already been announced.  We’ll find out who all the winners are next month.

Right here, on WordPress, bloggers continue to receive the nod from fellow bloggers, on a daily basis.

And it seems my blog is up for another award.  The Beautiful Blogger.

You’ll be very grateful to know my acceptance speech is very short and sweet.  I will not be clutching a cheat sheet full of notes and names.

I will not be thanking everyone I’ve ever known, including the doctor who delivered me (may he rest in peace), any of my teachers (may they also rest in peace), ex boyfriends (may they … never mind), the guy who sold me my first computer, or END_OF_DOCUMENT_TOKEN_TO_BE_REPLACED