I ‘celebrated’ my birthday this week.  On Wednesday.  I waited until it was safely over to mention it.  Hate making a big deal of it.  And not being such a lover of either attention or sweets, 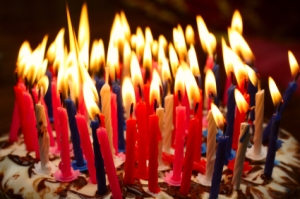 my preference has always been to avoid the cake and candles bit.  Especially now.

With the number of candles I’d need, once they were lit, it would look like a minor forest fire.  And I don’t honestly know if I still have the lung capacity to blow them out.  At least all at once.  Call in the fire fighters!

Never mind.  It was grand.  And it turned out to be a two-day affair.  Some work in the morning, some pampering in the afternoon and dinner with a friend on Wednesday.  Work during the day on Thursday.  Dinner, drinks, jazz and blues on Thursday night.

Several blog posts ago, I wrote about Errol Fisher, a local singer, I’ve enjoyed for years and years.  Well, lo and END_OF_DOCUMENT_TOKEN_TO_BE_REPLACED

Are you into astrology?  I am, to a point.  I’m not a slave to it.  I don’t have an astrologer on retainer.  I am capable of making decisions before I’ve read my daily horoscope.  But 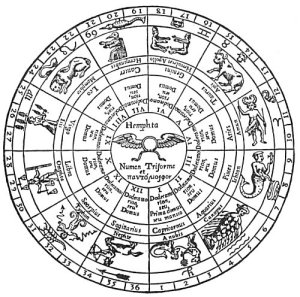 I am curious about it.  And very often I’ll see an astrologer or read a horoscope that describes me, an event in my life, or something I should be aware of, that is absolutely bang on.

Years ago, in Montreal, I worked with a fashion designer who introduced me to his astrologer.  He was amazing.  The first time I went to him, he absolutely insisted that I was one of three children.  I kept insisting that I was an only child.  Which I am.  He said we didn’t all have to be living — that my mother had conceived three times.  That gave me pause, because my mother had an ectopic pregnancy when I was four years old.

But still, that would have made me one of only two conceptions.  He wouldn’t let it go.  Normally, he would have totally pissed me off, and I would have cut the appointment short.  But there was something about him.  Before I left he made me promise to ask my mother and let him know what she said.  The instant I left his office and got home (pre cell phone days) I called my mother and said I was coming over.

At first when I told her that I’d been to see an astrologer she was dismissive.  “Well”, she said.  “You’ve just blown a hundred bucks.”  Then I told her that he’d been adamant that I was one of three children.  Her jaw dropped.  And then she told me that she’d had a miscarriage before me.  Then she decided she wanted to go and see him, herself.

I went to him regularly for years.  By regularly I mean once a year, before my birthday.  The timing was his idea.  He felt it was important to be able to prepare for END_OF_DOCUMENT_TOKEN_TO_BE_REPLACED

by a professional for the shot.  She did it herself.  She put her make up on like that every morning, without fail.

My mother was an identical twin and they were born slightly premature.  Her disposition was 100% Leo:  She always had a smile on her face.  Always.  She was very outgoing, gregarious even.  She talked to everyone, including strangers in elevators, on the subway, in stores, wherever.  And no one ever seemed to mind.  They never tried to distance themselves from her, afraid she was a bit of a nut.  They carried on conversations with her.

When my parents sold their house after I’d moved out, they moved downtown, into an apartment.  It was a lovely, elegant building with a lot of old-world charm.  The original owner, a Greek tycoon, sold it to a Quebec-born millionaire, J. Louis Levesque. A businessman, racehorse owner/breeder and a philanthropist, he sat on the Boards of blue chip companies like Air Canada, Canadian National Railways, Hilton Hotels of Canada, Provincial Bank of Canada and many more.  Among the many honours he received during his lifetime, he was in the Canadian Business Hall of Fame, received the Eleanor Roosevelt Humanitarian Award in 1972 and, in 1976, he was named to the Order of Canada.

When he bought the building my parents lived in, one of the conditions of the sale was that the wealthy Greek would move out of the penthouse, so J. Louis and his wife could move in.

Well my mother struck up a conversation with him, in the elevator one day.  She instantly became his new best friend — to the point that, whenever he went fishing END_OF_DOCUMENT_TOKEN_TO_BE_REPLACED