example of the greed that seems to have overtaken us.  Amazon.ca is selling an e-book written by one of the most evil, sick, twisted individuals ever.

I don’t know who over there made the decision to accept it, but here’s what I think of that decision.  And the book.

Paul Bernardo who, in 1995, was sentenced to life with no chance of parole for 25 years, brutally raped and killed two teenagers in St. Catharines, Ontario.  Leslie Mahaffy was 14 and Kristen French was 15.  He also admitted to raping 14 other women in Scarborough, a Toronto END_OF_DOCUMENT_TOKEN_TO_BE_REPLACED

What is there left to be said about the bombings in Boston?  Nothing.  Not really.  But still, we all feel the need to say something.  To try to express how we feel.  The 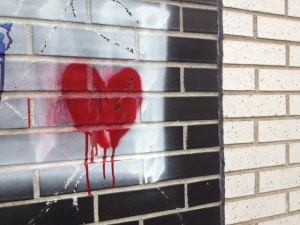 I was shooting a video for a client when I heard the news.  The videographer’s partner texted him.  We just stared at each other in stunned disbelief.  And resignation because, tragically, we’ve become all too used to this.

So I did what hundreds of thousands of other men and women were, no doubt, doing.  I immediately reached for my iPhone and googled ‘Boston Marathon’.

Not because I’m ghoulish.  I think I just needed some proof.  I didn’t want to think it was true.

“Show me a hero and I’ll write you a tragedy”. F. Scott Fitzgerald

So true. Unfortunately. I have to say I am really saddened by the news, or what we know of it, about Oscar Pistorius. Far be it from me to try and convict him

without knowing all the facts, but you’ve got to admit, it’s not looking very good.

Even if it was an honest mistake, it’s still a horrific event. A young woman lost her life needlessly. And a young man who overcame so much, and become so victorious, has also lost much. The respect and adoration of millions; and, almost certainly, his future.

Regardless of the judge’s verdict his life, and the lives of many others, will never be the same again.

Can you believe it? I can’t.

One minute he was the world’s first double leg amputee to participate in the Olympics in London, in 2012, followed by a gold medal win and a new record set in the 2012 Paralympics. And the next, he was being