I’ve got aging on my mind right now.

There’s a birthday in my not too distant future. And everywhere you turn somebody’s bringing it up (age, not my birthday.) The presidential race seems to have become about Marco

Rubio being too young, Bernie Sanders being the oldest candidate ever and how, to all the experts’ surprise, Hillary Clinton’s not connecting with young women.

One of this year’s Screen Actors Guild Award nominees is nine years old. Had he also been nominated for an Oscar he END_OF_DOCUMENT_TOKEN_TO_BE_REPLACED

Liars drive me insane.  I have zero tolerance.  Years ago there was a guy I was crazy in love with.  He lied to me.  That was it.  I was gone.  Forever more.  So you

know I am just going out of my mind over our infamous mayor, Rob Ford.

He tells so many lies it’s a wonder his nose isn’t 10-feet long.  In fact, I don’t think he’s ever told the truth, about anything, in his entire life.  He claims he’s saved the city of Toronto 1 billion dollars.  It is a bald-faced lie.

He swore he never used crack until our police chief said he’d seen the video of him smoking it.  When, red-faced, he had to admit he’d “tried it”.  He insists he doesn’t know who he was talking about in a video where he was seen, and heard, threatening to kill someone.  Excuse me!

He says, over and over and over again, he doesn’t have a drinking problem yet there are videos surfacing constantly in which he’s loaded.  He’s been asked to leave sporting events and official city END_OF_DOCUMENT_TOKEN_TO_BE_REPLACED

What a weekend!  David Sedaris on Friday night.  And a play on Sunday afternoon.  Following a pretty hectic week.  With an even more hectic week to come, this 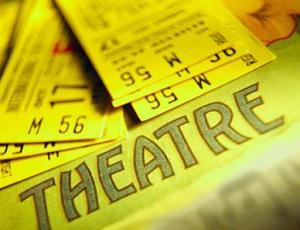 week.  Maybe I should double my vitamins.  Don’t be surprised if I post a bit later in the morning in the next several days.

A friend of mine received the theatre tickets as a Christmas gift.  And I was the beneficiary of her niece’s (and her hubby’s) generosity.  Thanks, by the way.  We went to see “RACE”, by David Mamet.

I had no idea what to expect.  Usually I’d google it before hand, but this time I didn’t.  My friend invited me, I accepted, I made note of the day and time in my calendar, and promptly put it out of my mind.  I guess I was preoccupied.

If you’re not familiar with him (David Mamet), he’s an American author, playwright, screenwriter and film END_OF_DOCUMENT_TOKEN_TO_BE_REPLACED

Yesterday I made a passing reference to a film I’d seen over the weekend.  It was Saturday afternoon, we went.  And the movie was absolutely amazing.  Extraordinary, I’d go so far as to say.  “Searching For Sugar

Man” is a Swedish-British documentary about an American folk musician, Sixto Rodriguez.

Have you ever heard of him?  I hadn’t until a friend of mine mentioned, at least a couple of months ago, she wanted to see the movie.  She is one of the most avid fans of music I know.  All genres.  So of course she knows who he is.  And of course, she’s been a fan of his for quite a while.  We do talk about music a fair bit, so it’s interesting we never talked about him, until now.

Before I go on, just let me say, now I’ve heard him sing and, in particular, listened to his lyrics (in most of his END_OF_DOCUMENT_TOKEN_TO_BE_REPLACED

Yes, yes, I know.  I recently ranted about award shows.  Said I most certainly wouldn’t be watching last Sunday night’s Oscar telecast.  And, at the time, I meant it.

Guess I’m trying to find a way to tell you I have no resolve.  Because  I caved.  I watched the Red Carpet.  Okay, I’m weak.  What can I say?

Truth be told, I also watched the show on and off, as well.  But I’m only going to talk about the clothes.  Except for these three comments:

Back to the clothes.  Personally, I was disappointed.  As I have been, throughout the award season.

Guess what.  It’s that time of year again.  The People’s Choice Awards just took place last Wednesday night.  The Golden Globes are tonight.  Both the Oscar and

Grammy nominations have already been announced.  We’ll find out who all the winners are next month.

Right here, on WordPress, bloggers continue to receive the nod from fellow bloggers, on a daily basis.

And it seems my blog is up for another award.  The Beautiful Blogger.

You’ll be very grateful to know my acceptance speech is very short and sweet.  I will not be clutching a cheat sheet full of notes and names.

I will not be thanking everyone I’ve ever known, including the doctor who delivered me (may he rest in peace), any of my teachers (may they also rest in peace), ex boyfriends (may they … never mind), the guy who sold me my first computer, or END_OF_DOCUMENT_TOKEN_TO_BE_REPLACED