When you were a kid did you always make a wish before you blew out the candles on your birthday cake?  Maybe I should re-phrase that?  Do you remember your 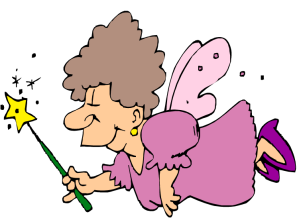 childhood?  Oh, come on, don’t pout.  I’m only joking.  My own feels like it was a million years ago.

Do you remember what you wished for?

Did you wish for a baby sister or brother?  Or for the sibling you already had to magically disappear?  Did you wish for a particular toy you wanted really badly, but your parents said you couldn’t have?  Or a shiny, new bike?  Or a pair of figure skates?  Or for your mother to let you eat chocolate cake and french fries for breakfast?

And what about when you got older?

Were your wishes more grown-up versions of your childhood requests?  A baby of your own?  A shiny, new END_OF_DOCUMENT_TOKEN_TO_BE_REPLACED

Nero Claudius Caesar Augustus Germanicus was Roman Emperor from 54 to 68.

While his adoptive great uncle Claudius, who he succeeded, built many new roads, aqueducts and canals Nero, whose interests leaned more toward the cultural life of the Empire, had theatres built and promoted athletic games.  Known for his extravagance, and also as a tyrant, he was responsible for many executions, including his mother’s (so much for the notion that blood is thicker than water).  And on June 9, 68, amid rumours of his impending assassination, he became the first Roman Emperor to commit suicide.

History lessons aside, my real reason for bringing him up, is a story (or rumour, as Tacitus insisted) that goes something like this:  While the great fire of Rome burned for six days, Nero was off, playing his fiddle.  Which, in itself, is technically incorrect.  Apparently there were no fiddles in first century Rome.  He would have been playing the lyre.  But never mind.  The point is, he was doing something else while the Empire, over which he ruled, was being destroyed.

Sadly, this makes me think of the 2012 Presidential race.  While the candidates, and the parties, are slinging mud at each other, the United States is in one hell of a mess!  And with all this nonsense going on, how is anyone supposed to decide which END_OF_DOCUMENT_TOKEN_TO_BE_REPLACED