There’s nothing pressing on my mind I want to share at the moment. So here are some things I’ve been wondering about:

I just got off the phone with Rogers (my cable/internet/wireless provider). I was questioning something on my bill and when we were done the rep I was speaking with asked if I had a minute so he could go over my account and make sure I was getting the best deal possible. He soon came back on the line and said he could save me about $40 a month (for 24 months) — with no changes being made to the services I have END_OF_DOCUMENT_TOKEN_TO_BE_REPLACED

Have you noticed?  There seems to be a proliferation of movies about growing old, lately.  I’m not exactly sure why.  Could be, because so many of the screen writers, 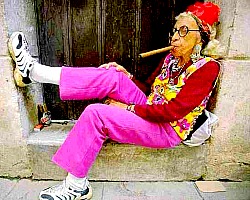 producers and directors are, themselves, in their fifties and sixties, and beyond.  Could also be, because so many of the great actors are, as well.  And they need roles they can play.

God knows they don’t want to be forced into retirement.  And we don’t want them to retire, either.  They’re way too END_OF_DOCUMENT_TOKEN_TO_BE_REPLACED