We haven’t always had an official day when we acknowledge, thank and celebrate mothers.  There were various observances during the 1870’s and the 1880’s in the 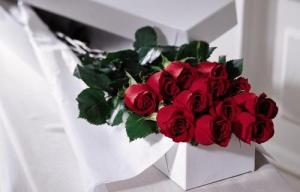 U.S., but the first ‘celebration’ was in 1908, when Anna Jarvis held a memorial for her mother, in Grafton West Virginia.  Even so, it took six more years before it became a recognized holiday.

I’ll wager if they’d had any idea how much money they’d make from the sale of flowers, chocolates and cards it would have happened a hell of a lot sooner.

Bet you also didn’t know Mother’s Day isn’t celebrated on the same day everywhere, either.  It begins on the second Sunday of February in Norway.  And, depending on where in the world you live, you could be thanking and spoiling Mom on March 3, 8, the fourth Sunday in Lent, March 21, March 25, April 7, the first Sunday in May, May 8, May 10, the second Sunday of May like we do, May 15, May 26, May 27, the last Sunday of May, END_OF_DOCUMENT_TOKEN_TO_BE_REPLACED