You know what I’m talking about. 9/11. Twenty years ago today. Hard to believe it’s been that long. But I remember exactly where I was. Every detail. As clearly as if it was yesterday.

I was at the Toronto International Film Festival (TIFF). I was seeing five films that day (I saw five to six films every day for 10 straight days). And on this particular day, Tuesday, September 11, I was just coming out of my first of the day, which had started at around 8:30.

END_OF_DOCUMENT_TOKEN_TO_BE_REPLACED

Believe it or not, it’s been several years since I’ve been behind the wheel of a car.

It all started back sometime in 2009. I was at one of those speaker events. This was a breakfast and the speaker was an author whose new book had just been published. I honestly can’t remember his name, but the book title is The Green Metropolis.

The point being made in the book is that big congested cities are more environmentally conscious and successful then more rural, less densely-populated areas — which is the opposite of what most END_OF_DOCUMENT_TOKEN_TO_BE_REPLACED

It truly is gobsmacking.

I’m speaking, of course, about Robert Mueller’s most recent court filings. Robert Mueller, in case you’ve been living under a rock for the past year or so, is the Special Prosecutor who was appointed to look into the alleged collusion between the Trump campaign and the Russian government and also possible obstruction of justice.

That such an investigation is necessary is alarming and sick-making enough, but what’s got me reeling is END_OF_DOCUMENT_TOKEN_TO_BE_REPLACED

I can see you, sitting there, staring at my headline, saying to yourselves, “that’s not possible, and even 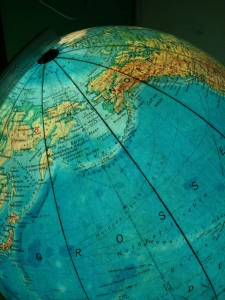 if it was, who’d be crazy enough to do it?” Relax, I have no intention of trying it. But my week did include bits of all of them.

It began last Wednesday night when I had dinner with a friend. I don’t know if you’re the same, but I tend to always end up in the same neighborhood when I go out to eat — the one I live in. Why we tend to fall back on what’s familiar I don’t know, but it sure does get boring after a while.

So we decided to venture further afield and go to a little family-run Portuguese restaurant she’s been to before. It’s called Rush Hour and it’s in the west end of Toronto, on Dufferin.

No, I don’t know how a Portuguese restaurant ended up with that END_OF_DOCUMENT_TOKEN_TO_BE_REPLACED

Just looking at this photo has brought back all kinds of great memories. It was back in the 90’s — 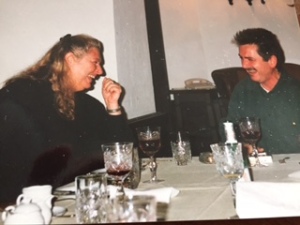 He and I had met a year or two earlier, in New York, at David Ogilvy’s 80th birthday bash. Which is a whole other story. We (Jim and I) got along like a house on fire and we became fast END_OF_DOCUMENT_TOKEN_TO_BE_REPLACED

A friend and I were talking about New York the other day. I’ve been there hundreds of times

over the course of my lifetime, but I had an instant flashback to one trip, in particular.

I was with my parents, my aunt and cousin. I was young, not yet a teenager. But not as young as I am in the photo with my parents. I was probably a year old, two at the most in this shot.

My parents and I used to go to New York every spring, for easter, for about a week or 10 days. My father went often for business, but as a family we went once a year, although occasionally more often. My mother was born there and END_OF_DOCUMENT_TOKEN_TO_BE_REPLACED

Yes, yes, I know some of you may not feel the same way. More’s the pity. But before you start 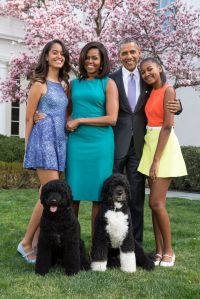 haranguing me, let me be clear.

Today is not about what he did or did not do as President of the United States. That discussion (debate) will have to wait for another day. Today is about the man, his wife and their children; and why they’ll be missed.

It’s probably fair to say his 2008 win was not predicted, at least not when he first announced his candidacy. How could it have been? The young, relative newcomer was hardly a household name, even after he delivered the keynote address at the 2004 Democratic National Convention, although he did END_OF_DOCUMENT_TOKEN_TO_BE_REPLACED

There she stands in all her glory. The Statue of Liberty, the universal symbol of freedom and democracy,

welcoming all immigrants arriving from abroad.

A UNESCO world heritage sight, she has been described as a “masterpiece of the human spirit that endures as a highly potent symbol—inspiring contemplation, debate and protest—of ideals such as liberty, peace, human rights, abolition of slavery, democracy and opportunity.”

What must she think of Donald Trump?

Considering all the vile and vicious garbage that flows freely and unchecked from those pouty lips of his, and all his ugly promises of END_OF_DOCUMENT_TOKEN_TO_BE_REPLACED

A week or so ago I attended a fundraising event for Firefly Foundation,

a charitable organization that funds research and develops programs with a mission to prolong brain health.

It was started by a friend and former colleague, after she lost both of her parents to brain related diseases. Another friend of mine, who lost her mother to END_OF_DOCUMENT_TOKEN_TO_BE_REPLACED

Are you familiar with the story of Dr. Jekyll and Mr. Hyde?  It was written by Robert Louis Stephenson

in 1886.  Essentially it’s about the two personalities that live within Dr. Jekyll — one being good, the other evil.

Could have been written about Donald Trump.

I met him once, you know.  It was a very long time ago.  Not long after he married his first wife, Ivanna.  She was a model, one of Montreal’s most sought after. I was working in the fashion industry at the time, for the designer, Leo Chevalier.  She was one of our favourites and we booked her constantly.

What I remember vividly is how, after she got married and moved to New York, she never abandoned all the models she’d END_OF_DOCUMENT_TOKEN_TO_BE_REPLACED