I was reading a piece about Alyssa Milano in Sunday’s New York Times and came across this quote, which I love: “Each day is a blank canvas…go and make some marks.” I so agree.

In this particular instance, it’s related to Milano’s political activism. But I think the sentiment — or call to action — can be applied to anything. We no longer live in a world where it’s okay to just “be.” We do have to get involved, to participate, to do something for the greater good, to make our mark. How we choose to do it is up to us.

Given the state of politics globally, being an activist may be the first thought that pops into your mind, it’s END_OF_DOCUMENT_TOKEN_TO_BE_REPLACED

It was election night in Canada last night and we narrowly avoided seeing Andrew Scheer, our answer to Donald Trump, elected as our new prime minister. Justin Trudeau hung on, albeit with a minority government.

Trudeau’s far from perfect, he made some very serious mistakes and he’s lucky he still has a job. But not as lucky as we are.

There’s a lot to talk about, but it was a late night and right now I’m going back to bed.

It’s being discussed and debated endlessly, by TV anchors and pundits, by newspaper and magazine reporters and journalists and in living rooms, offices and bars all over America: “Is Joe Biden too old to be running for President?” Before Biden announced his candidacy, the question was, “Is Pete Buttigieg too young?”

With all due respect, I think these folks are missing the point. It should never have anything to do with age, but this year, in particular, I think it is a distraction that could prove to be very costly. I think the only question anyone should be asking is, “Who has the best chance of beating Donald Trump?”

Maybe you think that age is relevant, but I don’t. Because it’s highly doubtful that the next President will be elected based on age, just like the current one wasn’t. Lest anyone forget, Trump is no spring chicken END_OF_DOCUMENT_TOKEN_TO_BE_REPLACED

Today marks 12 years since my mom passed and I’m dedicating this post to her. She was an eternal optimist who always looked for and found, the good in people and in life.

There was a time I did a lot of blogging, here and for Huff Post, on US politics. I finally gave it up because it was making me tense and angry and I decided I wanted to change the channel.

I didn’t only stop blogging about it, I stopped watching the news — primarily CNN, where’s there’s an endless loop of misery 24/7. I haven’t stopped watching completely but I have cut back dramatically. There are days now when I don’t watch at all, weeks when I only tune in once or twice, and only for the briefest END_OF_DOCUMENT_TOKEN_TO_BE_REPLACED

I’ve always been a news and political junkie; and, when I moved to Toronto from Montreal, I instantly 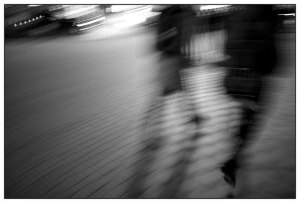 became addicted to CNN and its 24 hour news cycle. It was like I’d died and gone to heaven.

Am I the only one struggling to find something positive on the news?

Not that I’m an escapist. I’ve never been one to bury my head in the sand, avoid reality or run away from it — even END_OF_DOCUMENT_TOKEN_TO_BE_REPLACED

I have a new hobby. Actually, maybe it’s less of a hobby and more like therapy. I’ve taken to Twitter. 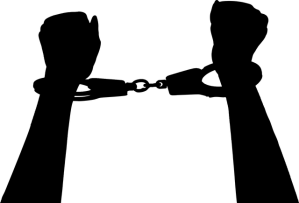 Well, that’s not it, exactly. I’ve been tweeting for ages. I’m now using Twitter to get rid of my aggression and frustration.

For the last few weeks I’ve regularly blasted 45, his daughter-wife, Paul Ryan, Marco Rubio and Ted Cruz. I can’t tell you how good it felt to tell Ivanka to do everyone a favour and go back to stealing shoe designs; and to call END_OF_DOCUMENT_TOKEN_TO_BE_REPLACED 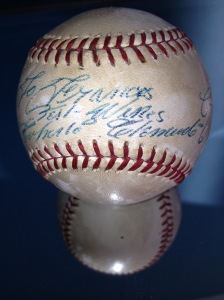 the nastiness and rage. It’s everywhere and I can’t stand it for another second. It feels like I’m caught in an abyss from which I’ll never escape.

For the last three days I tried to come up with an idea for today’s blog post. Nada. Nothing. Zip. Zero. Blank. Empty. And you know why? Because I’ve been so caught up in all the bullshit of the U.S. election for the past 20+ months, I can think of little else.

Sick is what it is. Sick and sad. And I’m tired of it.

I read a fascinating article in last Sunday’s New York Times. It’s about how the election is sending America to the couch, 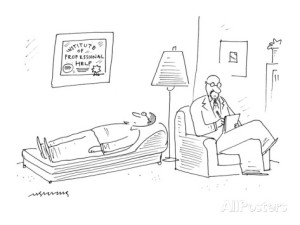 a whopping 52% of Americans, to be precise. Both Republicans and Democrats, by the way.

Before we go any further, though, let me clarify. In my case, there is no therapy involved. I have nothing against therapy, far from it, but for me, a Canadian, to get so carried away over this presidential race that I’d need to talk to a professional about it would be quite END_OF_DOCUMENT_TOKEN_TO_BE_REPLACED

I really think we’ve sunk to depths we would once have thought unimaginable. 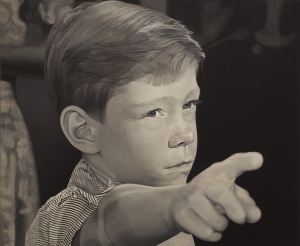 It’s bad enough that the republican nominee for president of the United States has lied and cheated his entire life … that he has bent the rules to suit himself … that he has left countless people holding the bag … that the only words that come out of his mouth are vile, vicious and frankly, libelous … that he insults, bullies, threatens, taunts, incites violence and instills fear … that he advocates torture and the use of nuclear weapons … that he cozies END_OF_DOCUMENT_TOKEN_TO_BE_REPLACED

I’ve got two cats. Sundance, a ginger tabby, and Bartlett, pictured here on the right. They’re quite 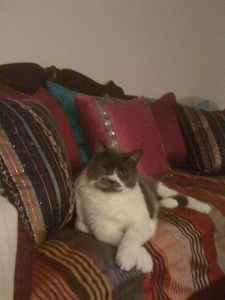 Sundance is interested in food, me and getting into trouble. When I’m on my computer for too long he sits on the keyboard. When I’m trying to get dressed to go out he swats at me incessantly. If I ignore all his efforts to get my attention he misbehaves. Television bores him to tears and if I put it on, he either barrels out of the room or goes to sleep.