Well, you’re partly right. I did spend some time last night in Seattle. Figuratively speaking, that is. Now you really don’t know what I’m talking 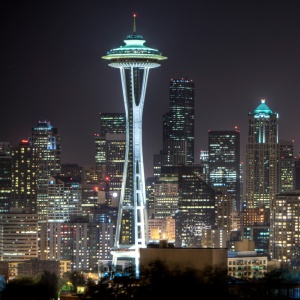 Come on, ‘fess up. You’re not alone. There’s more than forty million of us.

Grey is no longer just a colour. Probably never will be again. Not since those books took the world by storm. And I don’t mean, just the women folk, either. There may not be a lot of men reading them, but trust me, a whole lot of them are the beneficiaries of their wives and girlfriends reading them. That’s all I’m saying. You figure it out.

So back to last night. My Thursday evening may have taken me to Seattle, but Christian Grey was nowhere in sight. I am not talking about the Fifty Shades of Grey books. Gotcha!

Last night was the season premiere of Grey’s Anatomy.

It is definitely one of my weaknesses. I should probably be embarrassed to admit this, but I have been known to refuse invitations to go out on Thursday nights, because Grey’s is on. Please try to not hold it against me. We all need to relax and give our brains a rest, from

time to time. It could be worse. I could be watching Honey Boo Boo.

I’ve been watching (and have been addicted to) Grey’s from the very first season. And dreamy as Dr. McDreamy is, Patrick Dempsey’s not the reason I’ve stayed tuned all these years. Honest. I watch it because while it may be in it’s ninth season, it’s never lost its edge. It’s still a really well-written show; and as a writer, I know how hard it is to sustain great writing in a weekly show, year after year after year.

That’s not just my opinion, either. Over the years it’s won numerous awards, it’s been included in a variety of critics’ top ten lists, and last year it was named the fourth-highest revenue earning show in terms of advertising. And that’s no mean feat in these economic times, when so many clients have stopped advertising on TV all together.

And if last night was any indication, they’re off to another great start.

When the season ended I wasn’t sure, to tell you the truth. I thought that maybe Grey’s was about to fade to black. Most of the key players were in a plane crash. Lexie Grey, Meredith’s younger sister, died in the episode. But the fate of the others was unknown. There have been rumours for years that Patrick Dempsey (Derek Shepherd aka McDreamy) would be leaving the show, so a lot of people probably expected not to see him this year.

They were wrong. He’s back. At least for now.

But many of the actors we’ve become used to are not back. So it’s like a whole new show, again, with a whole new cast of characters to get involved with. Over the years I’ve seen a lot of them come and go (without hurting the show, or its ratings). But this year, for some reason, it seems much more dramatic. It feels like it’s going to be a much different show. Which doesn’t have to be a bad thing. And despite the fact that this is supposedly its final season, it felt like they’d breathed new life back into it last night.

In case you weren’t watching, here’s a brief recap: Meredith Grey survived the crash. She’s back, she’s now an Attending, and the new crop of interns are terrified of her. Her husband, McDreamy is also back. Dr. Torres has operated on Derek’s hand (badly injured in the plane crash). He tried to operate, but couldn’t. He said his hand became numb. Of course, he was terribly upset because his best friend, McSteamy (Dr. Sloan), has been on life support since the crash (30 days); and, as per his wishes in his living will, they have to pull the plug. Which they did, at 5 p.m. (their time).

Yang is miserable in Minnesota. She’s still so traumatized by the crash, that she didn’t come back to Seattle to say good-bye to Mark (Sloan). She’s afraid to fly. Meredith was getting antsy sitting around, waiting for Mark to die once they pulled the plug, so she decided to go and visit Yang. But she had a meltdown on the plane and they had to let her off. Alex Karev is consumed by guilt because he wasn’t on the flight that crashed which, incidentally, had been a mercy mission. Which is why practically the entire cast was on the plane, in the first place.

Karev was supposed to be leaving Seattle Grace for Johns Hopkins. But, in the end, he couldn’t do it. So he’ll be back next week, I’m sure. He’s upset because we were led to believe that Callie’s (Dr. Torres) wife (yes, she’s a lesbian), Arizona, didn’t survive the crash; and that her replacement, as Head of Paediatrics, is going to destroy an exchange program they worked very hard to set up. Karev is very intense, always has been.

In the last few seconds of the show, we learned that Arizona is not dead, after all. She’s pissed and depressed because she had to have a leg amputated, as a result of a very serious injury she sustained in the plane crash.

How are you doing? Still with me? It can be confusing, I know. They cram a lot into an hour.

Dr. Bailey, who used to be feared, is now called Booty Call Bailey by the interns, because she smiles for days every time her boyfriend, the anaesthesiologist, comes back to visit. He’s been on and off the show for years. Now that his mentor, Mark Sloan, is dying Dr. Jackson Avery finally seems to be gaining the confidence he’s lacked so far. And with just minutes left on last night’s premiere, Dr. Hunt (Yang’s husband from whom she’s separated) flies off to a pig farm, to beg Dr. Kempner to come back to the hospital. She hadn’t done well in her final exams last season and Hunt fired her, for which he is now guilty.

And we were introduced to all the new interns. There. You’re all caught up. And, like I said earlier, it was well written, directed and acted. I was fully engaged in all the goings-on. It managed to feel fresh, nine seasons in.

Must say that I didn’t feel quite the same way about its spinoff, Private Practice, which had its season premiere this past Tuesday night. Didn’t think they got off to such a great start; but time will tell.

As it stands right now, if you want to go out on Thursdays, I’ve got to be home by nine. But I am free on Tuesdays.