There’s been a fair bit of talk about feminism on WordPress blogs recently. The first one I read, “Is Quiet Feminism an Oxymoron”, can be found at The Green Study. It 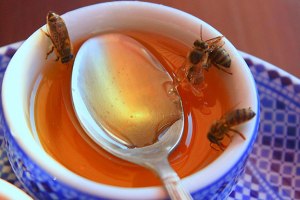 is an interesting essay. One in which Michelle, who authors the blog, examines her own ‘relationship’ with feminism; and whether or not she’s doing enough for the cause.

The problem I sometimes have with ’causes’ in general is, they seem to go hand in hand with anger. It’s not necessarily true, but it is how it often ‘feels’. The perception. The image I have in my mind, and often see on television, is of people screaming and shouting. Waving fists. Pointing fingers. Being aggressive. Argumentative. Red-faced. Hot under the collar. Throwing placards. Fighting. Scuffling with police.

not passionate about things. I am. It’s not that I don’t have a temper. Far from it.

Frankly, I am a feminist. And I do make my feelings known. Just in a different way.

Last night, for example, I couldn’t believe my ears when Bill Maher interviewed Haifaa Al-Mansour, Saudi Arabia’s first woman film maker. Despite the fact that she strode on stage in tight jeans and a blazer, much the same as you or I would have, she had to direct her film from a van, using a walkie-talkie. Why? Because she is a woman. Because she could not be seen in public with the male crew and actors. For that matter, even making the film could have gotten her killed. In 2013.

And we think we’re hard done by.

Her film, Wadjda, the story of a ten-year old girl who wants only to own a bicycle (considered dangerous for her virtue), is Al-Mansour’s way of championing women’s rights. It’s her way of inspiring and empowering women in her country. It is her way of pushing for change.

What she’s doing excites me. Because I think it is so much more powerful than yelling.

It reminds me of an expression my grandmother had: “You can catch more bees with honey, than with vinegar”. It was her go-to line anytime anyone in the family got pissed off about anything. When they were about to go off like a lit fuse. To huff. And puff. To get carried away. To let someone have it.

She was right, of course. I know, from personal experience, people turn off when your voice is raised. They don’t hear a word you’re saying. They block you out. They go into a defensive mode. They stop listening. And what you can end up with, is an opportunity lost.

Several more essays on feminism have appeared on The Outlier Collective. The one I most related to, “How One Angry Feminist Became A Little Less Angry And Stayed Just A Feminist”, was written by Britni. I share a lot of the same opinions. I’ve learned a lot of the same lessons, also from some of the mistakes I’ve made along the way. I’ve come to a lot of the same conclusions. And you know what?

If I didn’t know better, I’d swear she’s talked to my grandmother.