This is a tough one. Fraught with controversy. Full of risk. Because it’s a polarizing subject. REALLY polarizing. But still, I feel compelled to talk about it. To share my feelings. And, 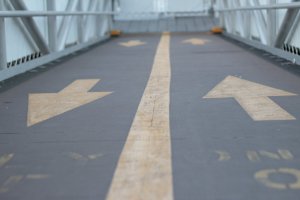 maybe, start a conversation. It all started with yesterday’s WordPress Daily Prompt: “Think of a topic or issues about which you’ve switched your opinion. Why the change?”

So you should know this is a really big deal for me.

What you should also know is, I haven’t completely changed course. Switched to the other side. But I am

reconsidering my beliefs. Revisiting them. Rethinking. Which, in itself, is monumental. Because I never would have believed, for an instant, that I’d ever be willing to even consider such a thing.

Are you sitting there, screaming at me to spit it out already? To share what’s on my mind.

Capital punishment. There, I’ve said it. That’s what I want to talk about.

From the time I was first old enough to understand what capital punishment meant, I was against it. Dead set against it. Not that it was really ever an issue here, because Canada does not have the death penalty. But regardless, I’ve been vehemently opposed. Always.

Taking a life, for any reason, has never been a viable option for me. No matter the crime committed.

But I am sorry to say, I am beginning to question myself. Which is not to say I’m already all the way over, on the other side. And I may never get there. But I am now of the belief, that our system of punishment does not always fit the crime. And as the crimes get worse and worse and worse, it feels like the sentences are becoming more and more meaningless.

I keep thinking of the victims.

To think Charles Manson keeps coming up for parole makes me CRAZY!! He hasn’t gotten it so far, and hopefully he never will. But what if he does? That he should even be entitled to it makes me sick to my stomach. And what about Ariel Castro? What’s going to happen to him? There are 977 counts against him. He is accused of murder, rape and holding three women captive for more than a decade. And what he did to them, and how he treated them during that time is just beyond comprehension.

What, pray tell, would be appropriate punishment for him?

And what if Adam Lanza hadn’t had time to shoot himself? What if he’d been apprehended? What about Dzhokhar Tsarnaev? What about Paul Bernardo, who has to be Canada’s most notorious rapist and serial killer. It sickens me to think he got life imprisonment without the possibility of parole for 25 years.

He was convicted in 1995. That means he’d be eligible for parole in seven more years, when he’ll be 56. And what about his former wife (Karla Homolka), who was not only his accomplice, she helped him rape, torture and murder her younger sister. She plea bargained and ended up only serving 12 years. She’s been released, has had at least one child and God alone knows what she’s up to.

Then I say to myself, “Yes. But these people have no remorse. No conscience. No respect for human life, most likely including their own.” It wouldn’t affect them the way it would affect you. Or me.

Do you really believe people like this can be rehabilitated? I do not. Sorry. I don’t.

Which takes me right back to the beginning of this story. I’m starting to wonder. What’s the solution? What’s a just punishment. For them? For the victims and their families. And for all the others just like them out there, who think they can get away with murder.

It’s a tough one, all right. But more and more, I’m thinking what we’re doing now is just not working.